Your City at Work: Community Plans Create Shared Rules to Build a Burien that Works for Everyone

Community planning is a way for our neighborhoods to prepare for the future, with an eye toward meeting the needs of people who live, work, and visit here now.

Burien is located within a growing region. Our people and cultures are diverse, and our needs continue to evolve. Community planning is a way for our neighborhoods to prepare for the future, with an eye toward meeting the needs of people who live, work, and visit here now.

There are many tools city planners use to support community planning. One is called a subarea plan, or community plan. Community plans are subsets of the Comprehensive Plan, which cities are required to have according to Washington’s Growth Management Act.

Past planning led to revitalization of downtown Burien

Because Burien’s downtown is designated as a growth center by Puget Sound Regional Council, we are required to have an urban center plan. Burien’s urban center plan, completed in 2019, provides guidelines for development to ensure we are meeting regional growth targets. The plan, along with previous studies associated with the development of Burien Town Square, is making it easier for developments like Kinect@Burien to occur.

Community plans can also be more focused. The Northeast Redevelopment Area (NERA) plan, for example, aimed to address a specific need—airport impacts and economic development. The result was the creation of an industrial area that could support warehouses for airport related businesses, new roads, and upgrades to the local stormwater system, including green infrastructure elements. The area, prior to re-development, was heavily impacted by airport noise which made it unsuitable for residential use. It’s now home to several warehouses including one that stores iconic Pacific Northwest foods, such as salmon and cherries. The area also includes a walking trail and a restored segment of Miller Creek (see cover).

“The keyword in planning is patience,” said David Johanson, Senior Planner. “You may not see results until five, ten, or even 15 years later.” Both the Town Square and NERA plans were crafted many years before development actually began.

Currently, the City is creating a 20-year vision for the Ambaum and Boulevard Park neighborhoods. Along Ambaum Blvd SW, the emphasis is on how to support transit-oriented development that aligns with the new King County Metro RapidRide H Line, scheduled to launch in 2022. In Boulevard Park, the focus is on how to support a thriving commercial center that supports existing residential neighborhoods as well as new housing investments.

The City will next be undertaking a major update to the Comprehensive Plan, the centerpiece of our planning efforts. State law requires this update be completed by June 2024. A comprehensive plan is a document designed to guide the future action of a city. Comprehensive plans also present a vision for the future with long-range goals and objectives for all activities that affect local government.

“Planning is complicated and it requires communities to be courageous and speak about the future, which can be really hard sometimes,” said McLain. “I’ve seen a direct connection between the work we do and the physical form of the city. It’s great to be working for a city that really serves people.”

Community planning creates shared rules that both the municipal government and private developers can use to build a city that works better for all who live, work, and play here.

“Plans identify actions from government,” said McLain. “But it can also establish an action strategy for everyone who is part of a neighborhood’s development or transition over time. It helps build community consensus so that public and private investment is responsive to community needs.”

Burien’s built environment relies on private property owners as much as it does on public investments. Development often occurs incrementally. For example, for many years, stretches of 1st Ave S, a major arterial, did not have sidewalks. Private property owners formed a “local improvement district” to help pay for sidewalks, underground power lines, and other street upgrades.

Developers building a subdivision may build new roads, sidewalks, or other infrastructure improvements, all of which must comply with regulations that are set through planning process.

Private and public planning can align to encourage economic growth and production of more housing.

“Community members and developers want predictability,” said Johanson. “If things are changing all the time, it’s hard for them to understand the rules and see where they can invest.”

Public involvement is critical for successful planning. Community members and other stakeholders can weigh in at multiple points of the process including at the beginning in setting a vision, providing feedback on neighborhood concepts, and providing public comment during Planning Commission and City Council meetings.

What is a community plan?

Also known as a subarea plan, community plans are a subset of the Comprehensive Plan. They provide a vision for growth and investment in a specific area of the city, looking 20 years into the future. They are different from functional plans, which may look at a certain type of activity or facilities such as critical areas, transportation, bicycle and pedestrian access, or parks and open spaces. Studies on specific elements, such as stormwater or traffic, are often conducted as part of a community plan.

The process for creating a community plan includes:

Message from the City Manager: Reasons for Hope in 2021

We marked a somber milestone this January—one year since the first coronavirus case was detected in the United…
byBrian J. Wilson 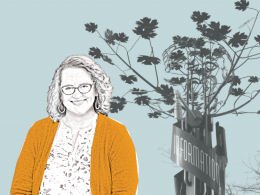 In this issue, we are kicking off a series telling stories about ways your local government works. You’ll…
byEmily Inlow-Hood

Thank you, City of Burien staff!

Message from the City Manager I’m incredibly proud of the City of Burien staff, as well as our…
byBrian J. Wilson 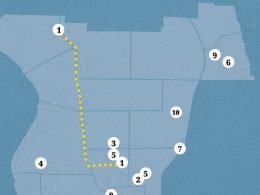 The City of Burien is working on or has recently completed the following infrastructure and capital projects in Burien this year. These community investments help build a healthy and livable community for all.
byCarolyn Hope , and  Maiya Andrews
Total
0
Share