byEmily Inlow-Hood
Cyndi Upthegrove at her home on Lake Burien.

In 1993, the same year Burien incorporated as a city, a group of community leaders was meeting to figure out how to preserve the rich history of the Highline community. The fledgling Highline Historical Society was trying to establish itself as a nonprofit.

Cyndi Upthegrove, who had worked at the Museum of Flight in various leadership roles, was busy establishing her new consulting practice as a “fixer” for struggling nonprofits. The Highline Historical Society invited her to join the board, and thus began the next major chapter of Upthegrove’s career.

While she filled interim director roles for various regional nonprofits, including Medic One, Epilepsy Northwest, Greater Seattle Crimestoppers, and the Shoreline Community College Foundation, Upthegrove advised the Highline Historical Society on how to establish itself as a nonprofit. She helped them establish bylaws, gain 501c3 status, establish a membership structure, and helped write early grants.

During the next decade, the organization merged with the Friends of Highline School District, acquiring their historical collection. After finding decades of historical Highline Times newspapers in a dumpster, Upthegrove purchased the entire collected from Seattle Times owner Frank Blethen for $100.

Upthegrove was critical to securing funding from both private family foundations as well as King County and Washington State grant sources. She also helped recruit Micki Ryan, a professional curator from the Issaquah History Museum, who trained the dozens of volunteers to properly catalog and store the Highline Historical Society’s growing collections.

Word got out about the new organization and longtime residents of the Highline area approached the Highline Historical Society with collections their family had stored in attics and basements for years.

“As the only game in town, we were becoming the recipient of the community’s memorabilia,” says Upthegrove.

Early on, the Highline Historical Society put on a Salute to Pioneers event. They expected maybe a dozen people to show up. Instead more than 200 showed up.

“It was clear there was a hunger for telling the stories of the Highline area’s history,” says Upthegrove.

In 1998, the museum moved its growing collection to the Lakeview School gymnasium. The space was not ideal—no temperature control and lack of security made it difficult for the mostly volunteer group to protect the collection. It was also off the beaten path, making it difficult for visitors to find the place. It was also clear that they would quickly run out of space. In the mid-2000s, the collection moved to Angle Lake Elementary in SeaTac after the Highline School District requested back the use of the Lakeview School location.

That’s when the idea for a museum first started.

“We wanted the museum to be in a place where it can interact with lots of people,” says Upthegrove. The hunt for a location began. After several leads, Dick Loman, the City of Burien Economic Development Manager at the time, helped facilitate the sale of a building at the corner of Ambaum and 152nd on the edge of Olde Burien. Cyndi Upthegrove and former Burien Mayor Kitty Milne, who at the time served was the president of the Highline Heritage Society Board of Trustees, in 2002 signed the contract with the building’s owner in the Upthegrove’s living room.

“It was a financial risk—a leap of faith,” said Upthegrove. “But we knew this was the best location. Five years later we held a mortgage burning party and began planning for a real museum for Highline.”

For several years, the Highline Historical Society rented the space to various businesses while they raised money to build the museum. The board made the decision to remodel the existing building, and in 2014, work began.

The project faced setbacks. The recession dried up funding, the discovery of a buried garbage pit that had to be hauled away, weather and labor strikes, and a conflict with Seattle City Light led to construction delays.

In 2017, tragedy struck. David Clark, the project architect, died, leaving behind a wife, son, and extended family, and a group of volunteers and project boosters grieving the loss of his vision and drive.

But fortune also blessed the project. Nintendo sold and installed space-saving shelving at a hugely discounted cost. Volunteers from across the Highline area have supported the museum. BECU has agreed to sponsor free admission days. Local partnerships with the Burien Actor’s Theatre, Highline Botanical Garden, and local businesses are also helping sustain the organization.

Upthegrove stepped down as managing trustee in January, but the mark she has made will continue to be visible. Nancy Salguero McKay was selected as the Highline Heritage Museum’s first Executive Director in early 2019.

“She’s one in a million and we should recognize and thank her for her long-time efforts and her contributions to our community,” said Jan Noorda, member of the Museum Building Committee. The cities of SeaTac and Burien have provided financial support over the years, but the majority of funding comes from private foundations and King County and State of Washington grants.

The Burien City Council selected Cyndi Upthegrove as the 2018 Citizen of the Year for her work in establishing the Highline Heritage Museum. 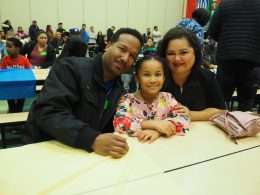 If you’re a busy parent, attending an evening school event might feel like a stretch at the end…
byEmily Inlow-Hood , and  Catherine Carbone Rogers 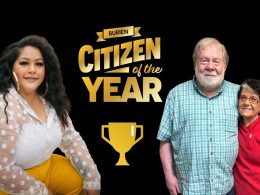 Every year, the Burien City Council honors community members who make outstanding contributions to our community by presenting…
byEmily Inlow-Hood 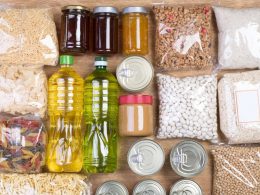 Updated January 4, 2021: Due to COVID-19, food banks are experiencing a sharp increase in need. You can support…
byEmily Inlow-Hood 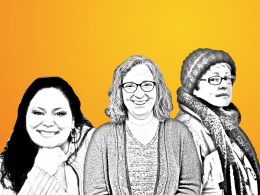 The decision to select a citizen of the year was difficult. Council evaluated eight nominations and because the…
byEmily Inlow-Hood
Total
0
Share