Started in 2018, StormFest is a stormwater learning event for sixth-grade students from Highline Public Schools.

Started in 2018, StormFest is a stormwater learning event for sixth-grade students from Highline Public Schools. Students rotate through five hands-on education stations to learn about their local watersheds, the animals that live in them, sources of pollution, and engineering solutions to prevent stormwater pollution. In past years, the event was held at Des Moines Beach Park, but the pandemic forced organizers to change their plans.

The field trip event at the park in 2020 was canceled altogether as the StormFest Committee, comprised of city and King County staff from the jurisdictions within the Highline Public Schools District along with local nonprofit partners, worked to develop a virtual program to temporarily replace the in-person event. In 2021, they launched a virtual curriculum designed to supplement the weather and climate unit, with lessons on topics such as watersheds, the water cycle, stormwater pollution, and green infrastructure solutions. Though the lessons were used in the virtual school year, the Committee and Highline School District plan to use these lessons to prepare students for future StormFest events, including the 2022 event.

“Kids are now getting stormwater education prior to the hands-on StormFest event,” said Paige Morris, Environmental Education Specialist at the City of Burien. “They are coming in with more knowledge [around stormwater], and making it feel like more than just a fun field trip.”

For this year’s StormFest, a surge in new COVID-19 cases meant packing kids into buses to go to the park was replaced with events on the middle school campuses. For students, this meant that for two days, their science class period wasn’t held inside a classroom. Instead, they got to go outside, play with bugs, interact with a three-dimensional model of their local watershed, and work with their classmates to solve a stormwater challenge on their school’s campus. Even though it wasn’t the same beach field trip experience, after two years of being cooped up inside with online learning, both students and teachers appreciated the opportunity to get hands-on with their learning.

While they learned about watersheds and the science and engineering behind stormwater management, they were also learning how they as individuals could make a difference by being a “stormwater scientist”. They discovered that there are careers they could pursue in environmental science, and that the people in those careers looked like them.

“Teaching kids science in this engaging way has so many benefits,” said Morris. “We are raising awareness that will lead to individual behavior change, that will hopefully lead to less pollution in our local waters. We are encouraging the next generation of scientists and environmental stewards.”

The program also offered paid opportunities to local community members to help staff the interactive learning stations. Organizers focused on recruiting community members who speak languages spoken by the students. Some of the paid volunteers were interested in becoming paraeducators in Highline Public Schools, so the experience was beneficial for them as well.

“What makes StormFest really special is that it’s a collaborative effort across jurisdictions and community,” said Morris. “It demonstrates good use of public funding.”

The land and water of Puget Sound are intrinsically connected. We rely on Puget Sound for healthy food, recreational opportunities, as well as a large part of our state’s economy. In turn, the health of Puget Sound and the creatures that rely on it are directly impacted by what happens on the land all around them.

Polluted stormwater is a threat to the health of the Puget Sound. When each of the 4.3 million people around Puget Sound makes a small change, it adds up to cleaner, healthier water. 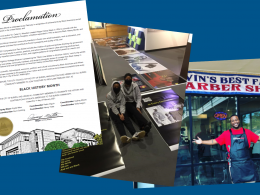 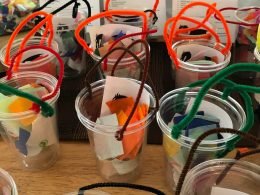 Arts-A-Glowing In September, Arts-A-Glowing, a one-month virtual and in-person version of the popular Arts-A-Glow event brought light to…
byAmanda Morales 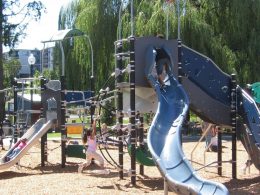 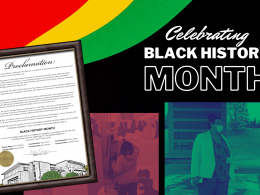 To honor the achievements of Black Americans and all people of African descent in the United States, Black…
byDevin Chicras
Total
0
Share