After more than a year of meeting over Zoom, we are looking forward to seeing you again at City Council meetings. Meetings will look a little different in the short term. Read more from our city clerk on the new hybrid approach to public meetings that will be announced this fall.

Burien businesses are vital to Burien’s success. We also need safe neighborhoods, healthy workers, thriving community-based organizations, successful schools, a vibrant arts and cultural scene, and opportunities for all to reach their full potential. As councilmembers, we strive to look at the holistic impact of the decisions we make. When community voices their interests, we can be better policymakers.

During the last six months, we have made progress on helping Burien make it through the pandemic by approving economic aid to businesses and community members, establishing policies to protect renters from eviction, and supporting the development of more housing in Burien. We approved three major investments in public safety that complement our existing partnerships. Significant progress has been made on Burien’s first climate action plan, and we support the many city and community-led projects that are making Burien more climate-resilient. We are also making strides toward better recognition of the many different communities that make up Burien by acknowledging a more inclusive list of cultural heritage months and other important observances. Burien joined cities, states, and the federal government in the creation of Juneteenth as a city holiday. We also supported the raising of the Pride banner on a city flagpole for the first time in Burien’s history.

Representing a city of more than 52,000 means that sometimes policies or decisions will not be popular for everyone. But as long as we can hear from all voices, we can help forge a path that leads to a better Burien. 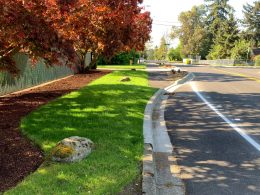 Your City at Work: How Infrastructure Projects Get Built

From streets to stormwater systems, public infrastructure is a critical component of a safe and healthy community.
byEmily Inlow-Hood 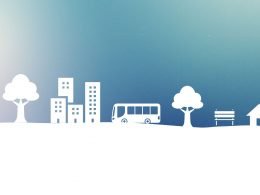 The City of Burien is re-imagining the long-term future of our city through a coordinated planning effort called “Shape Your City”.
byEmily Inlow-Hood

Thank you, City of Burien staff!

Message from the City Manager I’m incredibly proud of the City of Burien staff, as well as our…
byBrian J. Wilson

Message from the City Manager: Reasons for Hope in 2021

We marked a somber milestone this January—one year since the first coronavirus case was detected in the United…
byBrian J. Wilson
Total
0
Share