Results from the survey, combined with many other data sources, inform policymaking and budget decisions.

Every two years since 2008, the City of Burien contracts with a research firm to conduct a survey assessing residents’ perceptions about the general quality of life in the City and their satisfaction with City government services. The survey is a longitudinal study that enables us to compare the results over time. Results from the survey, combined with many other data sources, inform policymaking and budget decisions.

EMC Research was hired to conduct the 2022 survey. The survey was conducted May 23–June 22, 2022 and received 426 total responses. Residents were given the option to respond to the survey either online or through a telephone interview conducted by trained, professional interviewers. Address-based sampling was used to send postcard invitations to participate. Follow-up email and text reminders were also sent. Efforts were made to ensure respondents matched the demographic profile of Burien residents. The survey was available in English, Spanish, and Vietnamese.

The 2022 community survey results were presented to the Burien City Council and community as part of the new strategic planning process. Key findings are detailed below. You can read more about the full survey results and survey methodology online.

Quality of Life in Burien

Residents find Burien a great place to live and are optimistic about the city’s direction, regardless of demographics or geography. Three-quarters of residents (74%) rate Burien positively as a place to live, and nearly two-thirds (62%) say the city is headed in the right direction.

Issues and Priorities to Address

While residents are generally optimistic about quality of life in Burien, they also share some common concerns and priorities. Residents identify addressing the homelessness crisis, improving public safety, and making Burien more affordable as top-of-mind issues to address. For many residents, these issues are intertwined. Specific attitudes and policy preferences to address these issues vary across the city. These priorities are shared across demographic, household, and geographic respondent groups.

Burien city government receives average marks for its job performance, both overall, and across different facets. Most residents default to providing neutral “good” or “only fair” ratings for the City’s performance overall and on individual ratings. Ratings are similarly neutral for specific City services and functions. While a concentration of the positive ratings would be preferred, a lack of polarized responses means these various City services and functions have not been generating controversy.

While residents remain optimistic about quality of life in Burien, many express concerns about their safety. Two-thirds report feeling unsafe while walking at night, and a plurality (47%) say they feel less safe than a year ago. Improving public safety is the top priority for residents, and over 40% of residents are dissatisfied with the job the City of Burien is doing providing police services.

The Burien Community Survey was conducted among residents of Burien between May 23–June 22, 2022. The survey was multi-modal, utilizing address-based sampling to send mail-to-web invites, supplemented by live telephone interviews. Follow-up email and text reminders were sent. Live telephone interviews were available upon request and conducted by trained, professional interviewers. The survey was available in English, Spanish, and Vietnamese.

A total of 426 interviews were included, with an effective weighted n of 341 based on expected distribution of the population. Overall margin of error is ±5.3 percentage points. Survey results were weighted to reflect the demographic profile of Burien based on American Community Census data. The demographic distribution of respondents is detailed below. 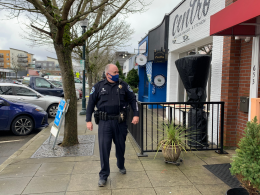 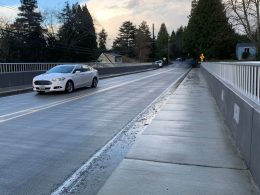 During the past few months, the world has faced a global pandemic. At the time of this publication,…
byBurien City Council 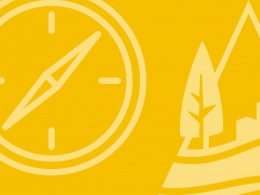 New Plan Will Set City’s Focus for Next Five Years

The Burien City Council met this summer during five special meetings to develop a strategic plan to guide the City of Burien government for the next 3–5 years.
byEmily Inlow-Hood
Total
0
Share