Alimentando al Pueblo was founded in May 2020 as a response to the COVID-19 pandemic. The nonprofit organization started as a grassroots effort to distribute culturally appropriate food for the Latinx community in Highline. Food boxes are categorized by region. Mexican-themed boxes may feature Chile California and tortillas. Central American-themed boxes feature condensed and evaporated milk. And Caribbean-themed boxes usually include items like yucca and plantains.

The food distribution events are celebratory. They feature music and art, and everyone who volunteers speaks Spanish and is from the community.

“There’s a lot of joy in our food bank,” said Roxana Pardo Garcia, the organization’s founder.

“We have the solutions to our problems”

About two months into the pandemic, Pardo Garcia overheard her mother and aunt talking about how her aunt needed to access the food bank but felt like she couldn’t go because none of the foods provided were foods she could eat.

“It triggered my memories of going to food banks and going on behalf of my mom,” said Pardo Garcia. “I remember walking down the lines and saying ‘I don’t know what any of this is.’ A lot of it was on the brink of expiration or expired. It just doesn’t make you feel good.”

The conversation stuck with her. Pardo Garcia was working for the City of Seattle when the pandemic struck.

“It was during a time in the pandemic when a lot of us were really questioning how we want to show up for our community,” said Pardo Garcia.

At the same time, Pardo Garcia was talking to Lina Thompson, pastor of Lake Burien Presbyterian Church. An idea formed around how to address growing food insecurity in her community while creating a space for healing and community bonding.

“The idea plus this internal dialogue I was having came together, and I was like, let’s do this,” said Pardo Garcia. “We have the solutions to our problems.”

She reached out to several local organizations, and the women that led them, to get them on board. That May, the group worked on how to tell the story of the need they were trying to fill, launching a fundraising campaign the following month. By July, only six weeks later, they had hosted their first food distribution event. Over the course of the last year, they served more than 3,500 community members and distributed 2,550 food boxes.

Their idea gained attention from government and private philanthropy, who delivered larger grants to support the program. Pardo Garcia was recognized by The Seattle Times as a “2020 hero”.

This attention has garnered not only more grant funding and donations, but has also sparked a new conversation around food, charity, and social services.

“I saw comments from people saying ‘wow, I never thought I could donate this type of food’,” said Pardo Garcia.

“We’ve been getting calls from all over—Las Vegas, Colorado, Virginia—about how to replicate the work in their communities,” said Pardo Garcia. “People say it’s a genius idea. But is it genius to be able to give people the food that they deserve and know to cook? That’s a really basic thing.”

After formally incorporating as a 501(c)(3) this spring, they launched a campaign to raise one million dollars to grow and expand the work. The City of Burien is delivering $80,000 through a federal pandemic relief grant to support the expansion of the program.

They will continue to host food distribution events, but the new funding will also support new ventures. They are hosting youth summer camps, pop-up markets, and community festivals. A training program for communities interested in replicating their model has been launched.

“We are calling it ‘community, food, and celebration’,” said Pardo Garcia. “Seeing people for who they are and what they bring to the table and undoing a lot of harm that has been done to them as a result of racism and white supremacy and colonization. We are facilitating healing for our community.”

Pardo Garcia gives credit to the women behind the organizations that worked together to form the partnership. Pardo Garcia worked for New Futures as a teenager and served on the board of Para los Niños for eight years. She has also partnered with Colectiva Legal del Pueblo and Lake Burien Presbyterian Church through grassroots community organizing and advocacy efforts. She recalls that as a teenager she looked up to Sili Savusa, the current executive director of White Center Community Development Association, who served as Highline Public Schools board director when Pardo Garcia was in high school.

“These are people that helped raise me, influenced the way I connect to community and now we are in partnership together making it happen. They deserve recognition as pillars in our community.” 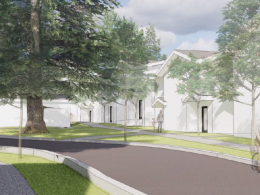 In 2019, when Habitat for Humanity Seattle-King County began talking with a local property owner about constructing new homes on a site in Burien, the City was at the same time developing a demonstration program to incentivize the construction of affordable housing. It was the perfect intersection of opportunity, policymaking, and resources bringing new affordable, owner-occupied housing to Burien.
byEmily Inlow-Hood 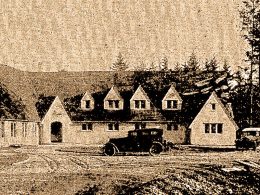 Burien Neighborhoods: Exploring Our City’s Past

Burien is part of the ancestral home of Coast Salish peoples and near a crossroads of trade and…
byEmily Inlow-Hood,  Devin Chicras,  Susan Coles , and  Susan McLain 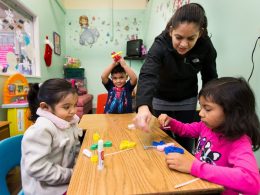 The mission of St. Vincent de Paul of Seattle and King County (SVdP) is to assist and advocate…
byEmily Inlow-Hood 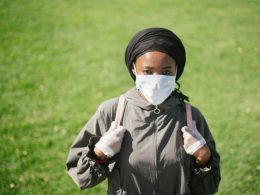 Wow 2020. You’re a lot to handle. As our community navigates the collective experiences of this year and…
byDavid M. Johnson, Ed.D
Total
0
Share