Sixteen years ago, Lupita Torrez was struggling to navigate the Highline School District.

“I was lonely and for many years thinking that I was the worst mother,” says Torrez. “I didn’t know how to help my own daughter.”

Torrez, who serves as the executive director of the nonprofit Para los Niños, started talking to other Latino parents and learned that she was not alone. She met with parents in their homes and heard stories of kids—bright, curious, and confident when they entered kindergarten—who had begun to feel embarrassed to speak Spanish. She heard stories of children with learning disabilities who, instead of being given assistance specific to their needs, were sent to English language learner classes, despite them being fluent in English. She and a group of dedicated parents decided to take action.

Today, Para los Niños takes a holistic approach to achieving those goals, supporting thriving families and students in school through programs for both children and their parents.

Aprendamos Juntos (Learning Together): Their signature program is an evening academic support program for Latino students, ages 3–12. While children work in age-appropriate, bilingual activity groups, their parents participate in a community-based ESL class, facilitated by an instructor from Highline College.

Around the World: Month-long summer program brings Latino artists, dancers, athletes, yoga instructors, swimming instruction, and youth leaders together to create a safe environment where kids have access to physical fitness and activities to develop healthy bodies and minds. The City of Burien provides funding for this program.

Leadership Academy: This program harnesses and amplifies the energy of Latino parents to create positive change in systems. After graduation, parents lead campaigns in the community that help create social change.

Since its inception, the organization has served more than 10,000Latino children, parents, and community members. Five Highline schools have adopted mandatory school uniforms after parents who had gone through the Leadership Academy successfully argued that uniforms reduce pressure on working class families and improve school success. The advocacy of parents who have gone through the Para los Niños programs has also influenced the Highline School District decision to adopt the strategic goal, “Every student in the class of 2026 will graduate bilingual and biliterate.”

When asked what motivates her to continue this work, Torrez says, “In the beginning, it was for my two kids. There were no resources in the community to support my daughter and I felt isolated and alone. I didn’t have anybody to turn to for support. I pledged to myself that no other parent should have to go through that. Now, I do it for the families I’ve seen grow through our programs. It keeps me inspired.”

On March 5, 2018, the Burien City Council selected the nonprofit organization Para los Niños as the 2018 Citizen of the Year. Lupita Torrez, Executive Director of Para los Niños, accepted the award on behalf of her organization.

The Citizen of the Year award was established by Resolution No. 351, which states that either a person or organization can be nominated for their contribution to improving the quality of life in Burien. Burien City Council chooses an organization or individual for Citizen of the Year each year. Para los Niños received a framed proclamation signed by the mayor and will serve as grand marshal in the Independence Day Parade. 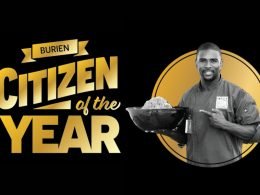 He has created an atmosphere in his restaurant where hospitality and high-quality customer service have made many local community members view his restaurant as a beloved “third place” gathering space.
byEmily Inlow-Hood 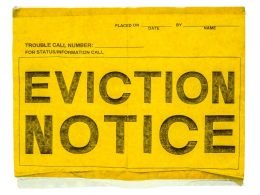 Need help with a legal issue? Are you facing an eviction? The Pro Bono Services Department of the…
byEmily Inlow-Hood 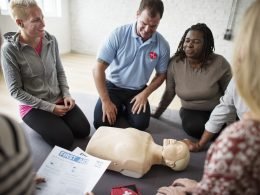 Save a Life: Learn CPR!

Imagine you’re going about your day with a friend or loved one. When you stop for a quick…
byEmily Inlow-Hood 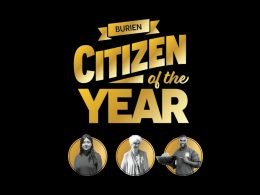 Every year, the Burien City Council honors community members who make outstanding contributions to our community by presenting them with the Citizen of the Year award.
byEmily Inlow-Hood
Total
0
Share