Construction has begun on Kinect@Burien, a new mixed-use multifamily housing development with ground-floor retail space in downtown Burien. The development will be sited on a former underutilized parking lot owned by the City of Burien as well as the site of a privately-owned former commercial building.

The development of a project like this doesn’t come without planning, collaboration between the public and private sector, and significant community input and imagination.

Twenty years ago, a group of city leaders and community members gathered to create a vision for downtown Burien. After months of community meetings, feedback sessions with community planners, developers, and other urban planning experts, a shared vision for a new Burien “town square” emerged.

From that vision, plans began to form to create a new civic center, attract housing developers, and design for a new Town Square Park. Despite an economic recession, in 2009, Burien’s Town Square debuted. Since the opening of Town Square Park, Town Square Condominiums, and the combined Burien City Hall and Burien Library civic center, new housing developments have filled in around Burien Town Square. Businesses soon started filling the empty commercial spaces on the ground floor, and the vibrant town square that was imagined twenty years ago was coming to fruition.

This is how a plan impacts the future of a community, by creating shared rules that everyone can use to build a city that works for all.

In 2020, the City of Burien took on a planning effort to create a vision for the larger downtown area, or “urban center”. The Burien Urban Center Plan builds on downtown’s unique character and existing strengths and was informed by extensive dialogue with the community. It recommends types of land use and development in specific subareas of downtown. City staff heard the community ask for more housing density in downtown Burien, and the plan reflects that community vision. Specific policies in the plan recommend that public investments and housing be placed within a quarter-mile of transit, redevelopment be encouraged in key areas, building and street designs should enhance the pedestrian experience, and that underground parking be encouraged.

When American Property Development approached City staff with their idea for redeveloping the municipal parking lot on SW 151st St into a high-density multifamily development, they had been inspired by previous investments in the neighborhood. They had already acquired site control of an adjacent property, but it was because of the policies detailed in the Urban Center Plan, which recommended more high-density multifamily housing, that the City considered selling the underused parking lot to the developer.

“Kinect@Burien will build on the investments made in Burien Town Square, providing additional housing options for residents and supporting the vitality of our downtown business district,” said Brian J. Wilson, Burien City Manager.

Twenty percent of the units will be affordable to renters earning 80 percent of the area median income (AMI). This is in accordance with the City’s multifamily tax exemption program. Construction of the project includes programs to prioritize local hiring and promote woman and minority-owned (WMO) firms. The development will include 230 multifamily units, ground floor commercial retail space, 275 underground parking stalls for residents, construction of new sidewalks on SW 151st St., and additional street trees. Seven of the eight businesses that were located on the privately-owned adjacent property have secured new locations within Burien, with one tenant consolidating with another location they currently operate.

The project will also be built to LEED Silver standards and will achieve Green Globes certification for environmentally sustainable design and operations. These details were part of the negotiation that occurred between the City and the Bellevue-based development group and drew upon the community input provided in past planning efforts.

One of the goals of the original Burien Town Square vision was to serve “as a catalyst for the redevelopment and revitalization of downtown Burien” adding that “town square should encourage, transition to, and facilitate successful adjacent development.” The Kinect@Burien development will build on that vision, and the urban center plan policies, to continue the momentum of development and growth in the downtown.

“We are excited to invest in a vibrant, growing community like Burien,” said Dave Sinnett, Director of Development with American Property Development. “We look forward to providing a premier multifamily community that allows residents a walkable, urban lifestyle, with access to all of the quality amenities downtown Burien has to offer.” 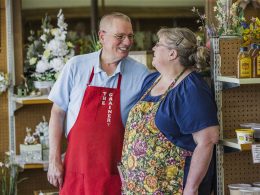 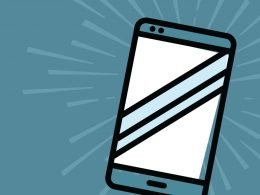 The City of Burien is collaborating with the Urban League of Metropolitan Seattle to provide paid internship opportunities for Burien youth where they will develop digital marketing, branding, and other essential job skills.
byLorraine Chachere 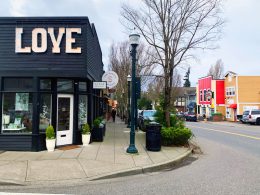 While many small businesses continue to struggle with the ongoing effects of the economic downturn, they are still…
byLorraine Chachere 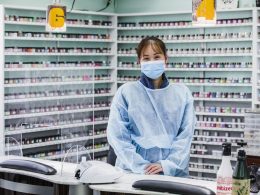